Wow, what a story this bottle can tell. It's still packing a peaty punch even 5+ years later.


I always recommend to people who are interested in whisky that they should join the clubs that each distillery maintains for its fans. They are free. They are generally informative. Sometimes you get free stuff. Sometimes you get offers you can't refuse. In this case, I got an offer I couldn't take advantage of.
Don't try to stand between me and an exclusive bottling of awesome-sounding new whisky.


On a Friday I got a mailing from the Ardbeg Committee detailing their new exclusive bottling of Corryvreckan only for committee members. I called them on the following Monday to see if a US member could buy a bottle. The answer was yes. Then I asked if they could ship it to me. Alas, that was impossible. Made me wonder why they bothered to tell me about the bottling in the first place, frankly. But I don't take "no" for an answer when I want something.

Anyway, I immediately called a buddy who lives in Wales. I got his address and had the whisky shipped to him. He didn't understand the situation and tried to ship the box to me, resulting in the most awesome rejection ever. The bottle came back to him with a sticker on it; reason for rejection: PROHIBITED WHISKY. I still have that sticker. :-)

A few months later, another colleague was on his way to California and was meeting this person for a few days. He agreed to be a mule and bring the bottle in his checked baggage. Almost 6 months after I bought it, I had a bottle that was not supposed to be in my country.

So: Was it worth it?


I do love Scotch. All kinds. This one is one of the very peaty kinds of single-malt. And it's strong: 100° (British) proof (which is 57.1% abv, or 114.2 proof). In my old WordPress blog I wrote about proof. I won't bore you with it here because I already covered that topic elsewhere.

Corryvreckan is a BEAST. Not surprising given that it's named after one of the largest persistent whirlpools on Earth. The peat smoke on the nose is deceptive because while prominent you don't know what  phenolic wonders await when you drink it. On the tongue you get sweet maltiness with a big kick of creosote...like the smell of walking along disused railroad tracks on a hot summer day but these tracks are near the ocean and you can also smell the salty sea air. The sweet notes are surprising given how strong this whisky is. As usual, Ardbeg manages to achieve balance, not overusing the peat just for the sake of high phenol ppm numbers. You can still appreciate the whisky underneath the peat, which - I'll reiterate - abounds.

To answer my question: YES. It was worth the effort to get it. This was a very special bottle. Sadly, it's almost gone, now.

The Rube Goldbergian effort to get it was the result of the Byzantine Prohibition-era laws governing the importation of alcohol into the United States. It would be nice if it was easier to get special small-batch bottlings into this country. If you can believe it, this bottle was also partly illegal simply because it's the wrong size (70cl instead of the US standard 75cl). That particular law dates to the 1970s when the US attempted to covert to the metric system. But that's a story for another day.


Pictures of my bottle: 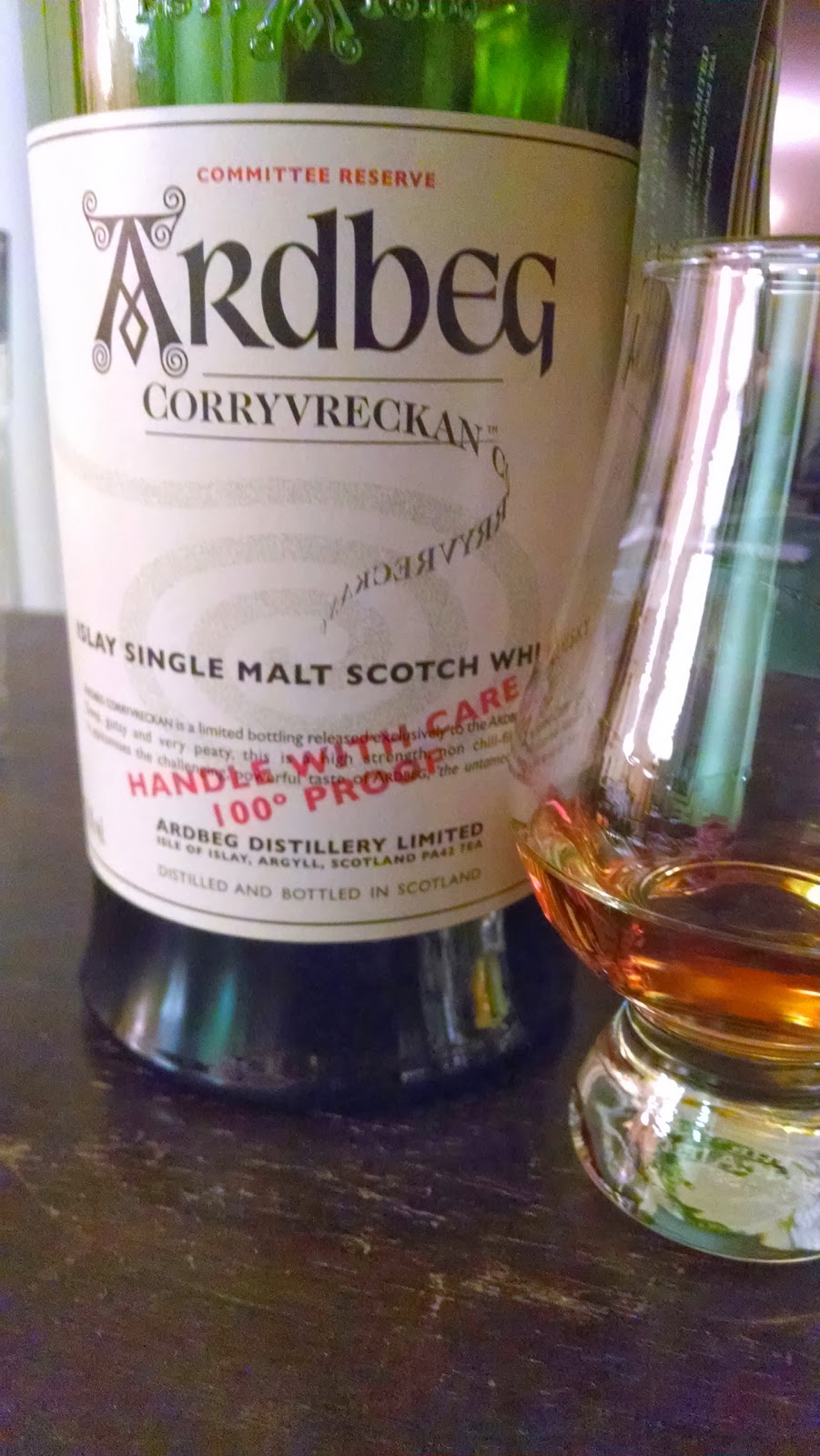 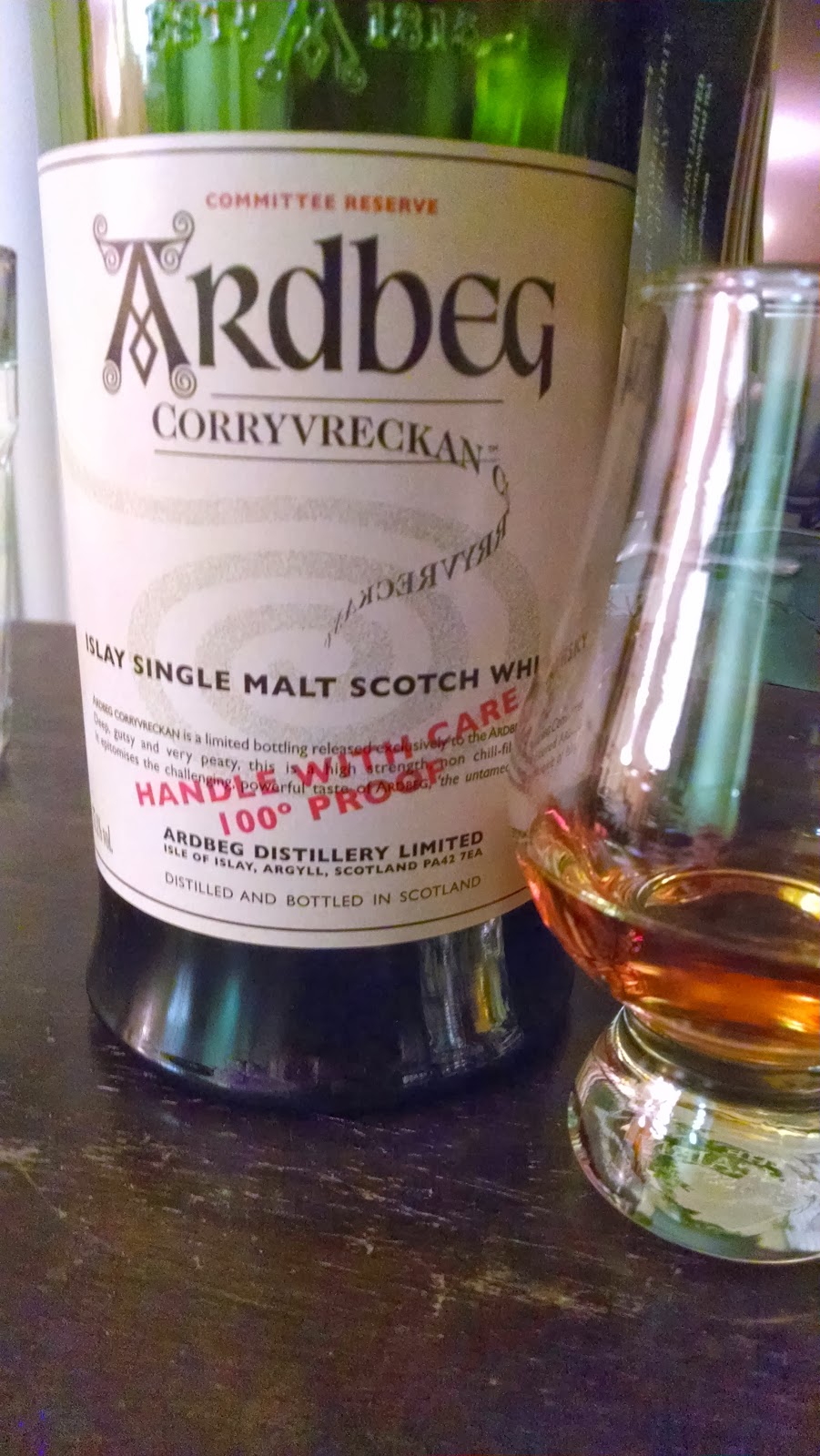 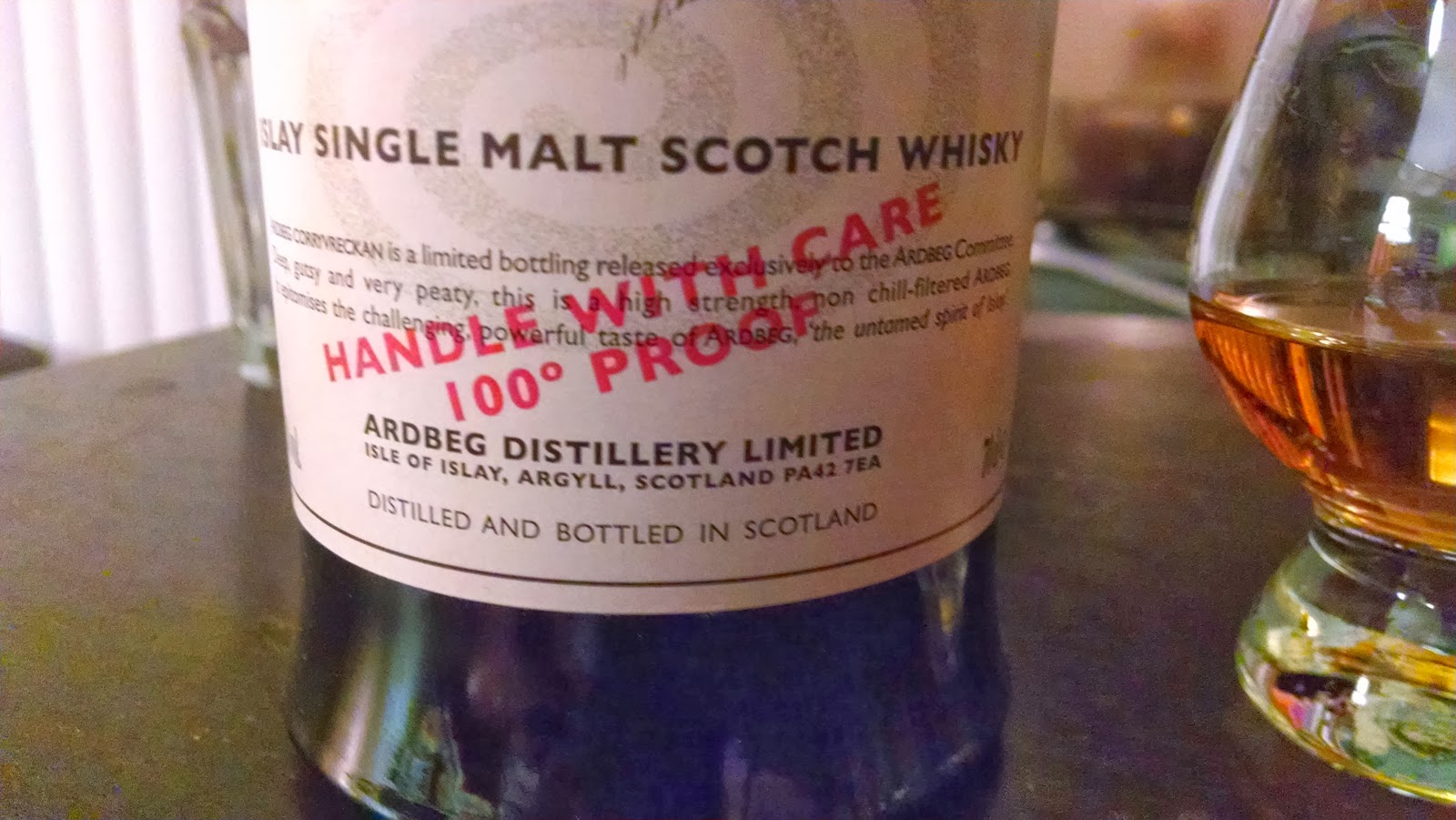 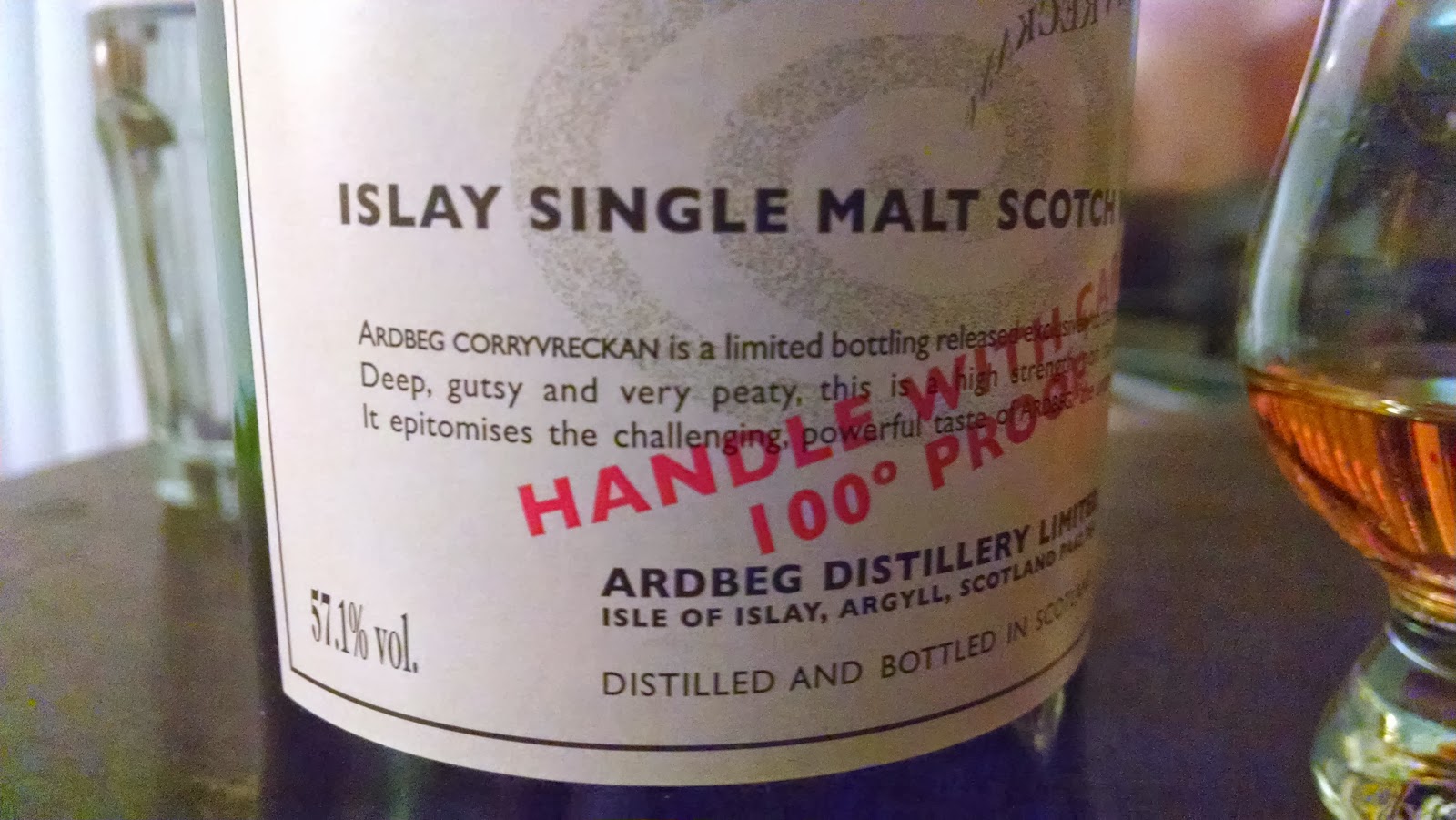 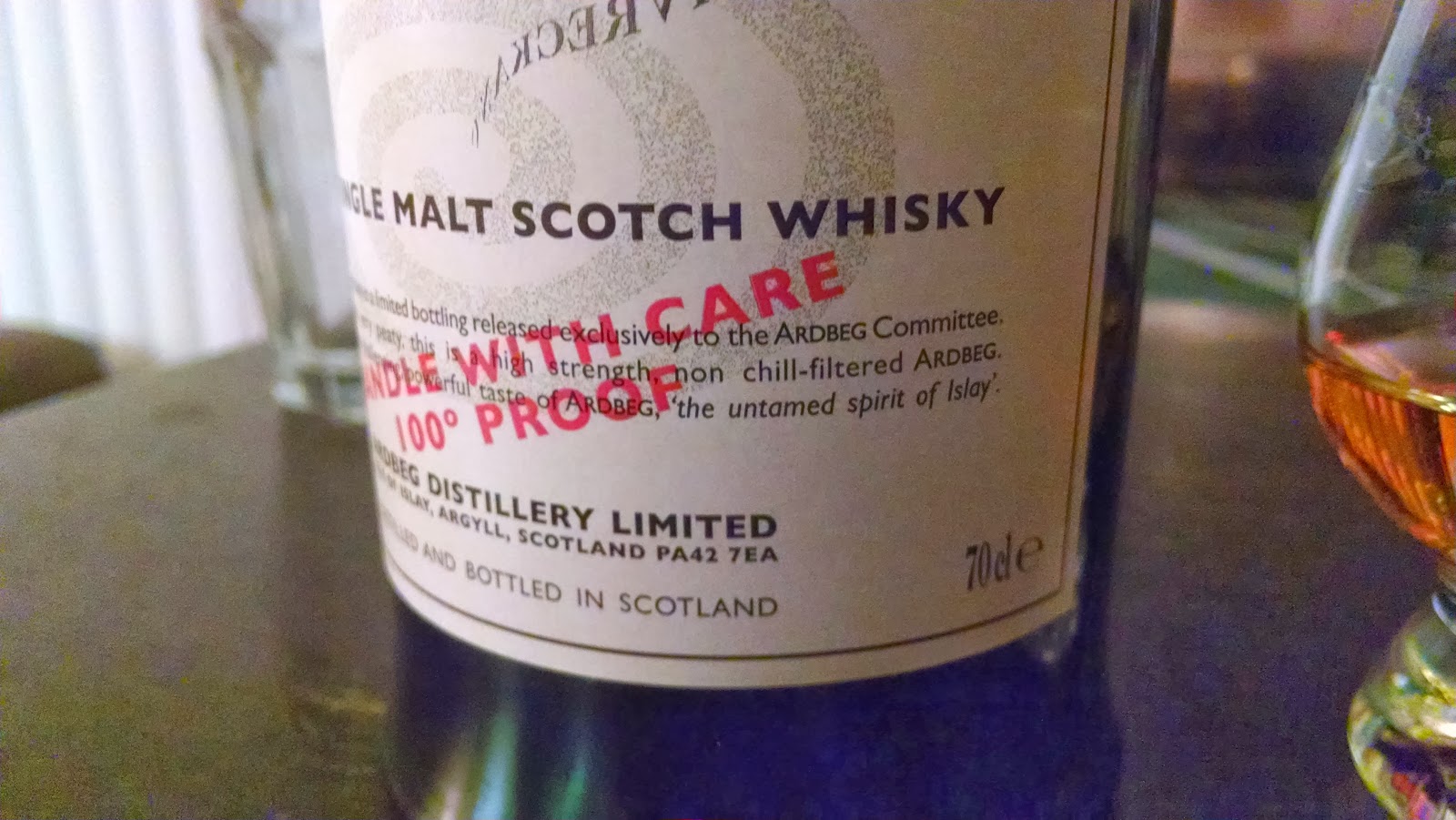 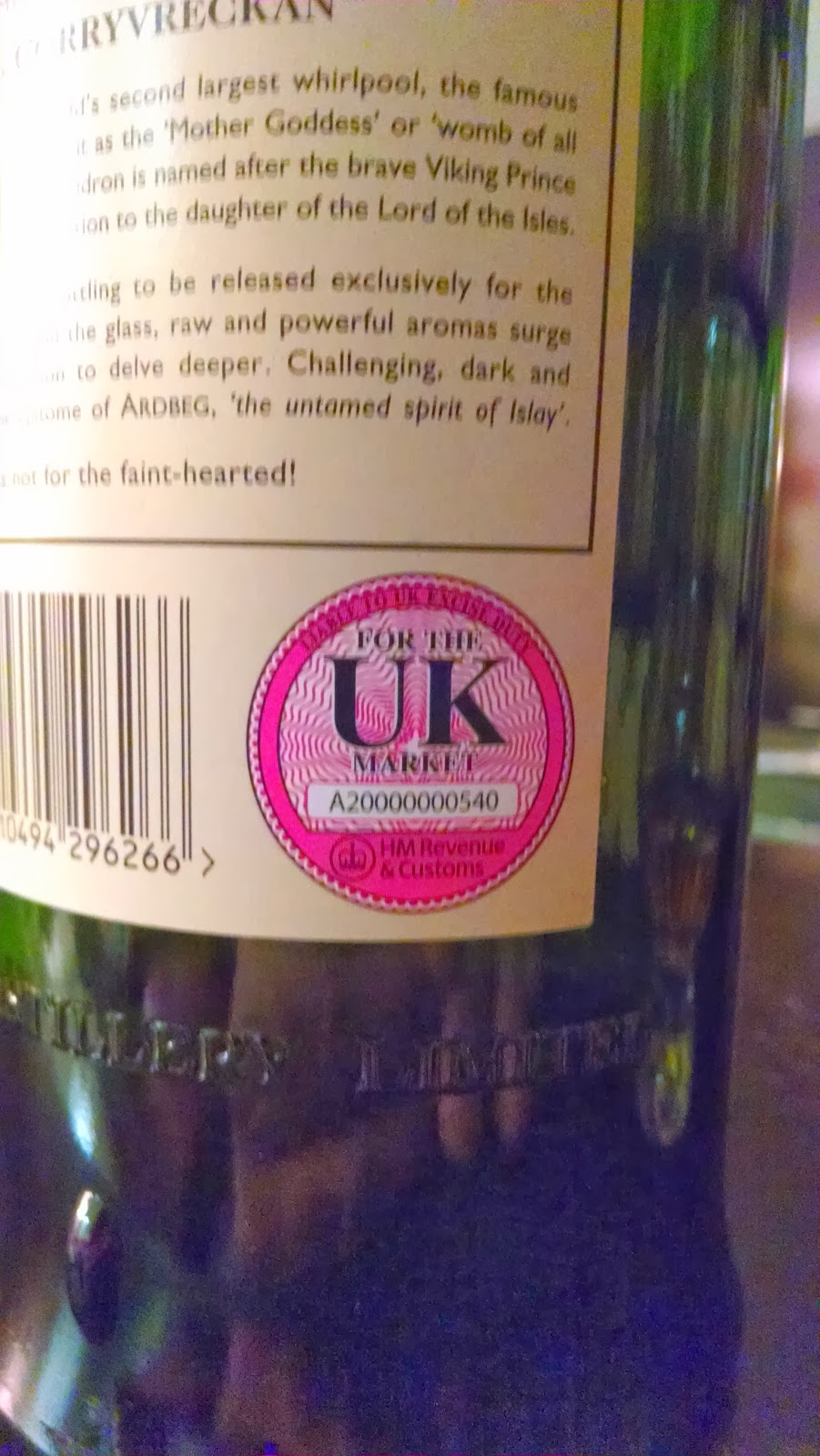 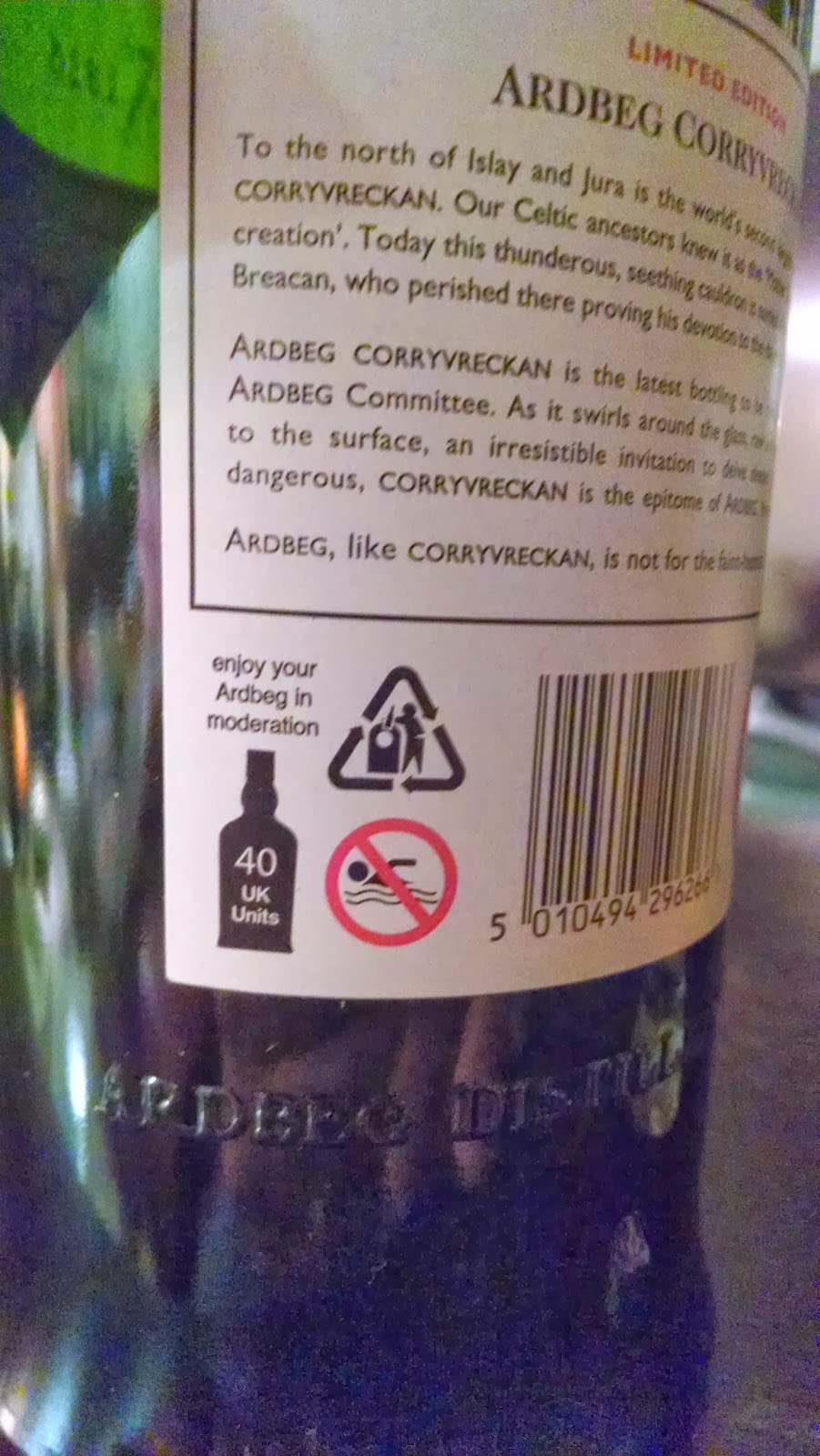 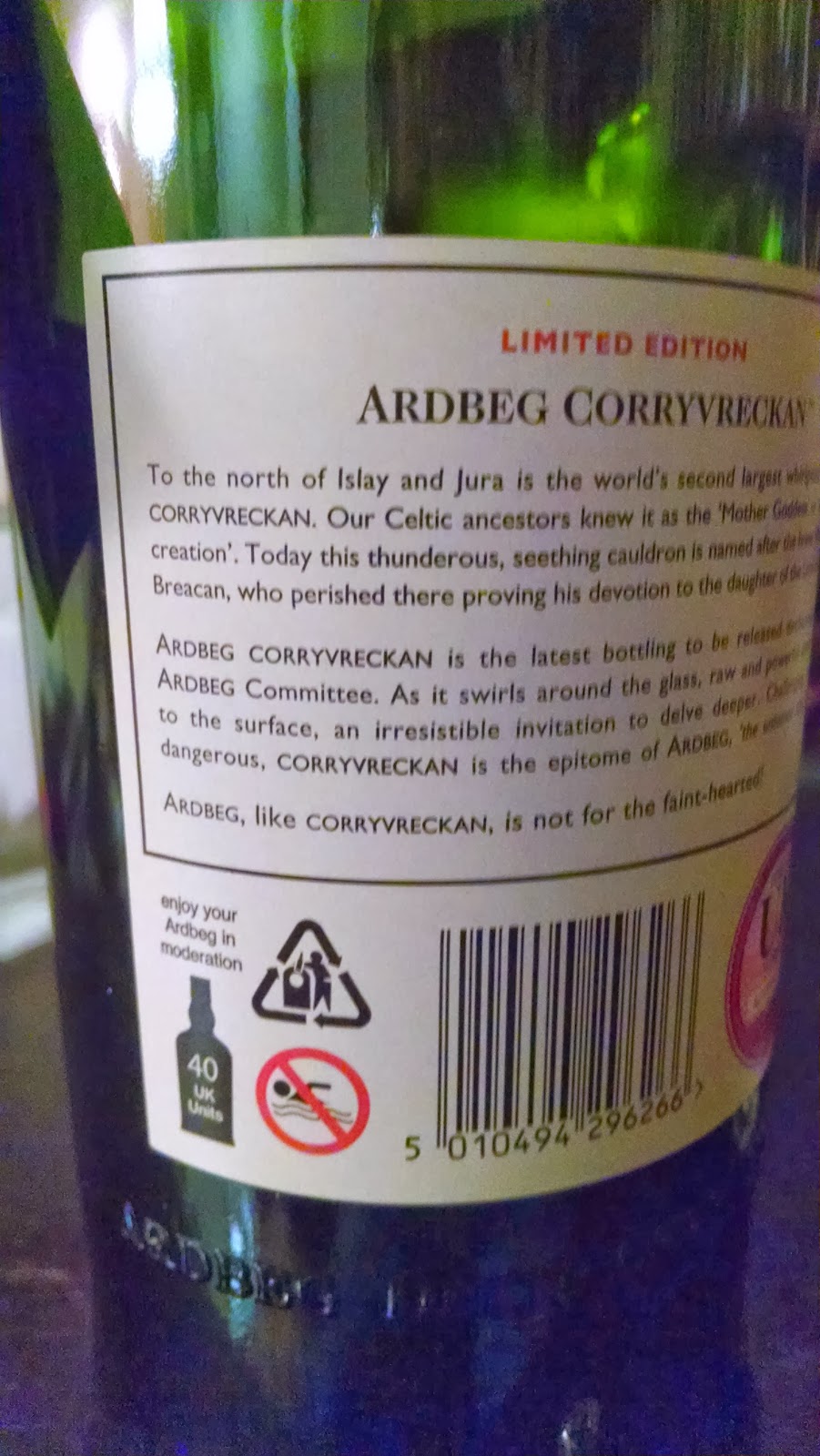